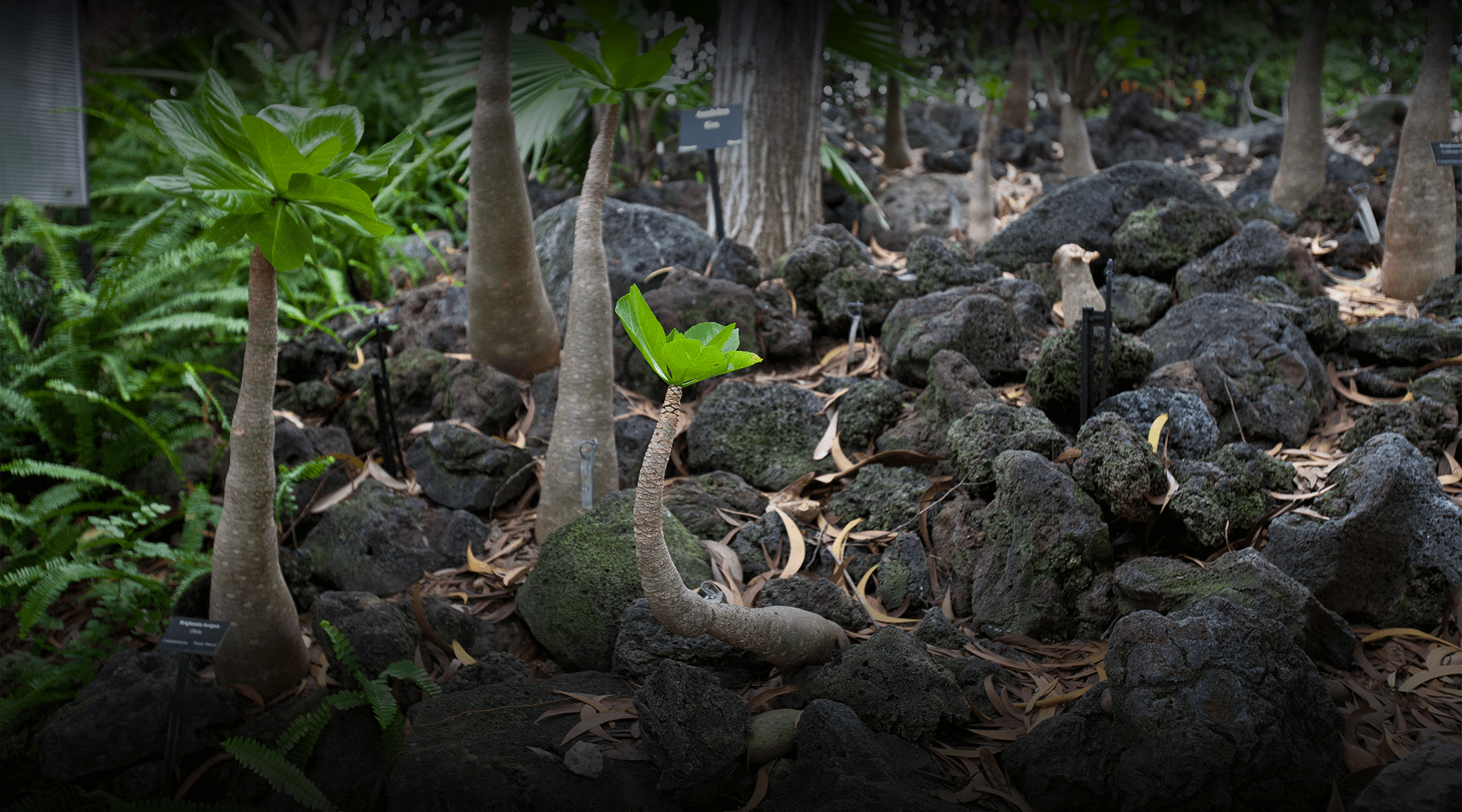 Hawaii is the most remote archipelago in the world. Because of this, over the course of millions of years plants have evolved differently than in, for example, Africa or North America. Ocean currents, as well as birds, carried seeds from all points around the Pacific Ocean and distributed them onto the islands. These seeds colonized and then morphed into new species more suitable for this new land. Unfortunately, since the arrival of humans, native plants have been on the decline.

At the San Diego Zoo we realize we have the ability to help save and preserve many species that are threatened in their native habitats. One of our efforts can be found at our Hawaiian Native Plant Garden, located at the top of Center Street. Some of the more notable species you will find here are: the koa tree Acacia koa, loulu palms Prichardia spp., and the cabbage on a stick plant Brighamia insignis.

These are just a few of the plants we grow in the Hawaiian Native Plant Garden. There are some that we are unable to grow here in San Diego due to climate differences, but we are always adding new ones and growing species in our off-habitat greenhouse. For us, it is a thrill to try to create an area in the Zoo that mimics the Hawaiian Islands, right down to the lava rocks! SAVE THE CHUBBY UNICORNS

SHOP TO SAVE TIGERS